I stitched this ornament for Amy for the HoE Christmas Ornament Exchange.  I really hope she will enjoy it...it was fun to make. 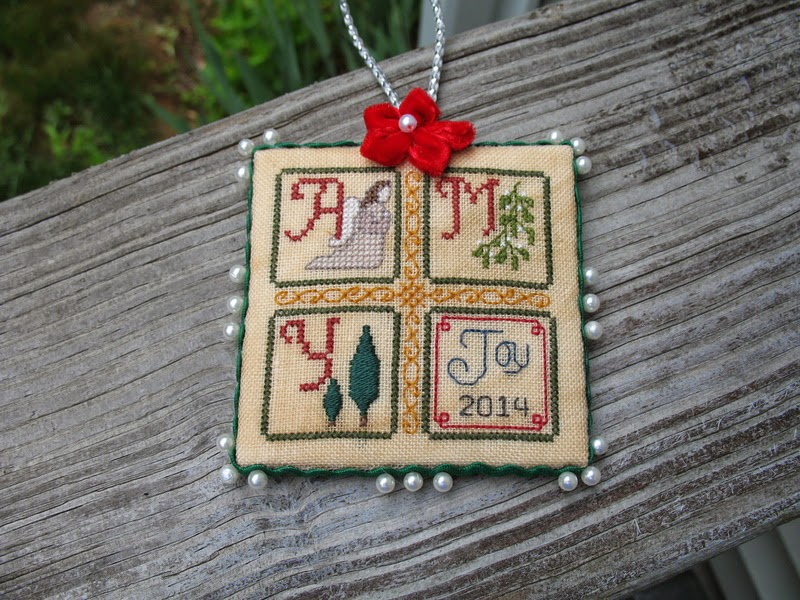 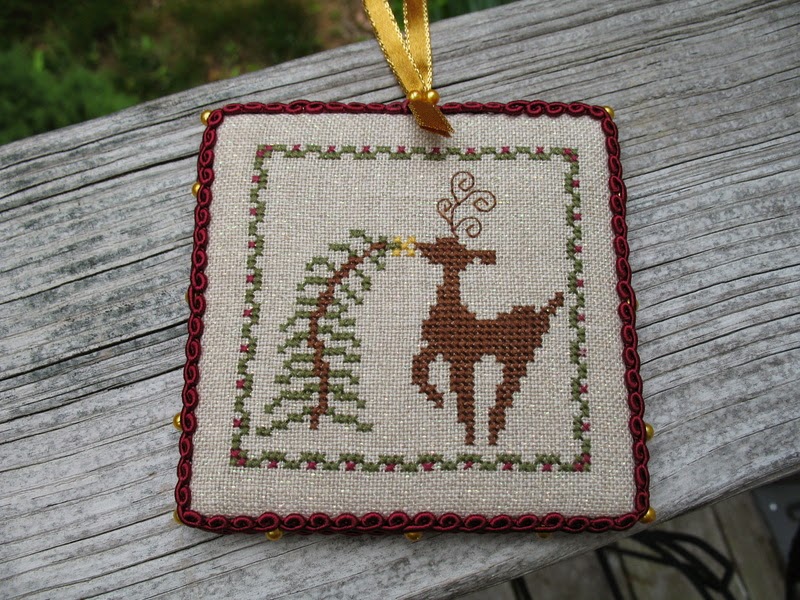 I received this sweet Daffycat reindeer ornament from Becky this week.  She stitched this for me for the current HoE Christmas Ornament Exchange.  I think it is so cute.  Thank you Becky, shall cherish this for years to come.
Posted by Carol at Sunday, June 08, 2014 8 comments: Links to this post

Jack and the Beanstalk... June and July... 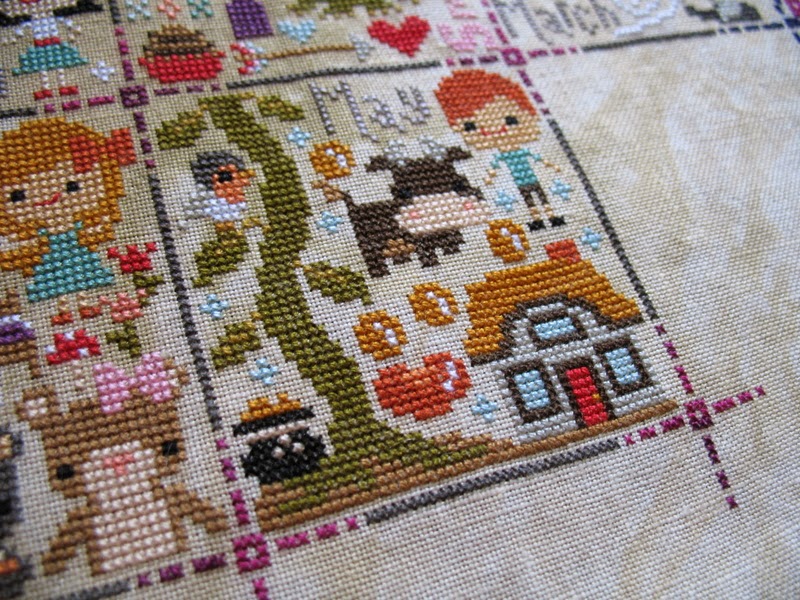 Not much stitching got done in May.  I did attend a class at Celebration of Needlework in Nashua, NH.  The class was taught by Lauren Sauer.  I should have taken a photo, as I got a bit done at home after the class...  next post, for sure...  I did manage to finish the May block for the Once Upon a Time Sampler... super cute, here is Jack and the Beanstalk. 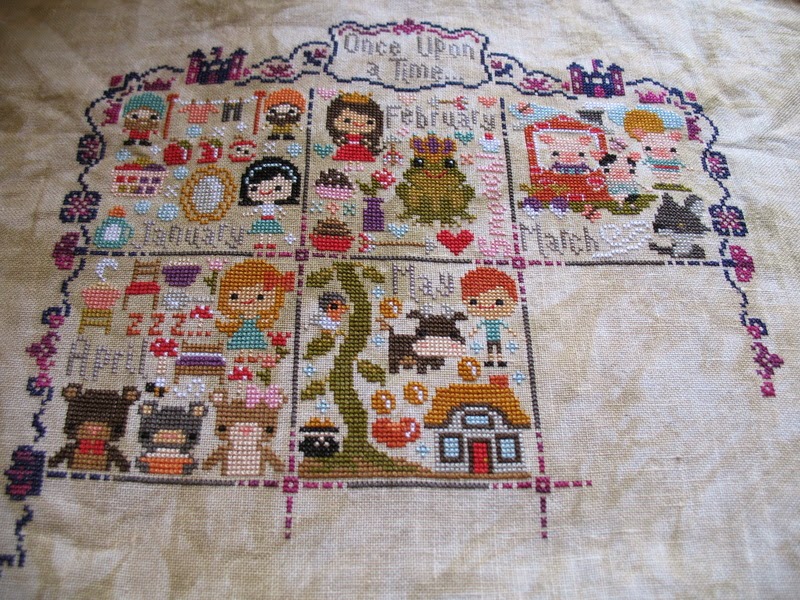 and... how the sampler is coming along now.  Received the June chart today...  I must say, this sampler is getting cuter and cuter each month.  I love what they did for June!!  For those who do not know, this is Once Upon A Time Sampler by The Frosted Pumpkin Stitchery...  stitching it on PTP 40 ct Gold Doubloon linen with called for Weeks Dye Works and DMC Floss. 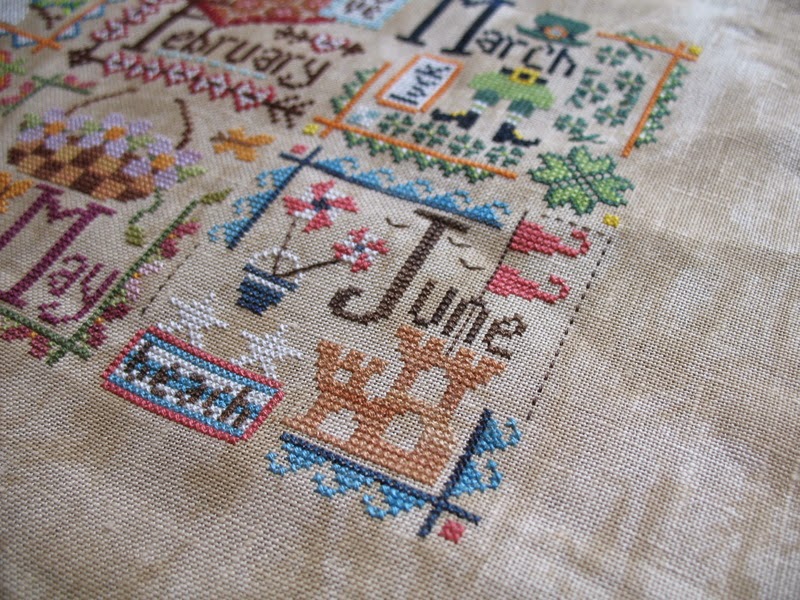 Also finished in May...  the next two blocks of A Year of Celebrations.  Here is June... time for the beach! 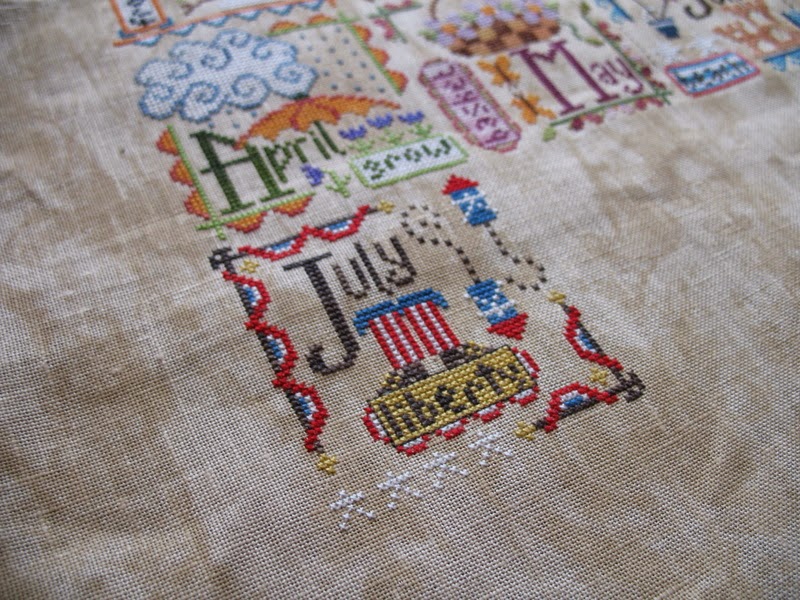 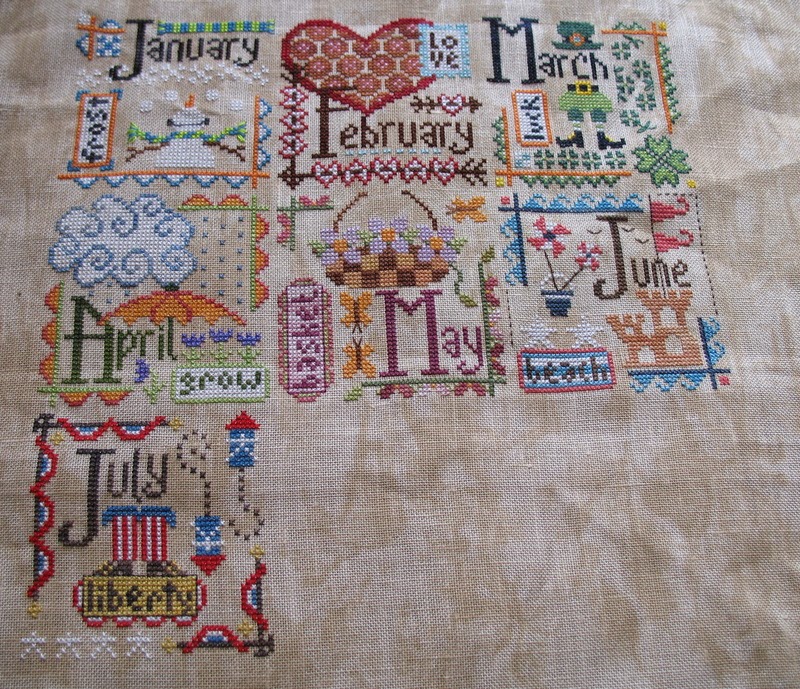 And here I am so far.  When the next issue of Cross Stitch & Needlework comes in, I can stitch three blocks. Since the December block was released in the first issue, I can stitch it under September once that is finished.  More than halfway home now with A Year of Celebrations by Hands On Design, 40 ct Vintage Country Mocha Linen, using the called for Weeks Dye Works, Gentle Art Sampler Threads and Crescent Colours flosses.  Still really loving how this one is coming along as well.

Email ThisBlogThis!Share to TwitterShare to FacebookShare to Pinterest
Labels: A Year of Celebrations, Hands On Design, Jack and the Beanstalk, Once Upon a Time Sampler
Newer Posts Older Posts Home
Subscribe to: Posts (Atom)