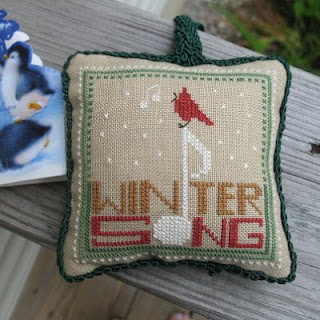 Today I received this really lovely ornament from Joke for the HoE XMas Birds Christmas Ornament Exchange.  I really love it.  This is Winter Song by Primrose Needleworks from the JCS 2011 Christmas Ornament Issue.  I had it on my "to do" list, but am thrilled to remove it now that I have this perfect one from Joke.  I am going to love displaying this every year - thank you again Joke :-) 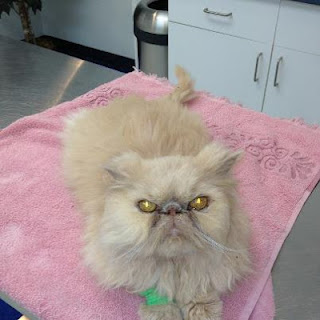 And the sad news....  here is my Gig.  Gig was born on February 28, 2001 and is a Cream Exotic Persian.  I took this photo of him last Tuesday while we were waiting for his vet to come in and talk to me.  I was bored and did not realize at the time how important this photo would be to me.  He and I were waiting because he had spent the previous night at the emergency vet, having seen his regular vet the evening before.  Gig had developed  a limp and I took him in for a wellness check.  What we learned was that he had an enlarged heart and pulmonary edema.  He was sent to the emergency vet for overnight stabilization - lasix (a diuretic to draw the fluid away from his heart) and oxygen to stabilize his breathing.  I picked him up in the AM and was sent back to our regular vet, which was when I took this photo. She shared with me that his bloodwork was excellent, and he needed an ultrasound the next day.  That did not go well.  Gig never showed as having a heart murmur, so none of the vets in the practice ever picked up that he had heart disease.  But he did - and it was fairly advanced.  The worst of it was that he showed evidence in his left atrium of blood thickening and was at risk of throwing a clot.  He came home from his ultrasound on Wednesday and deteriorated rapidly.  He suddenly just could not walk.  His right hind leg would buckle under him.  You see, I had taken him to an emergency vet 3-4 weeks ago after we saw him open mouth breathing very heavily at bedtime one night.  I immediately got dressed and had Mike put him in his carrier.  We discovered that while panting, he had wet our bed.  That vet had no clue what was wrong as he had stabilized by the time I got there and his heart sounded normal.  Well, that was a fateful night for Gig.  He had thrown a clot right then and there - so much for risk, the damage was already done.

Yesterday I drove him to his vet and he was euthanized.  It had to be done.  He was miserable and not ambulatory.  I spent four days syringe feeding him food and water.  The meds he had to take were tough on him.  He gave up.  He had no chance.  We spent Sunday saying goodbye to him.  I stayed with him while he passed.  He passed with grace and was so beautiful in his death.  He simply lay peacefully, his eyes dilated and my vet whispered "I love you Gig" and then "He's gone now."  Many kisses later, I left.  Tears came later, I know he is at peace now.  He will come home by way of ashes in a week or two.  We are very sad here.  This was very sudden.  I really miss my little boy who always slept tucked up against my hip in our bed.  I miss his deep throaty voice. I just plain old miss him.
Posted by Carol at Tuesday, June 26, 2012 37 comments: 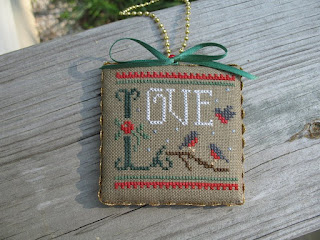 Finally, a day when I am home, it is not raining and it is daylight out... I finished this ornament off last weekend and now I can share it. It took me a few months of off and on stitching to get this one done... but am thrilled with the results. 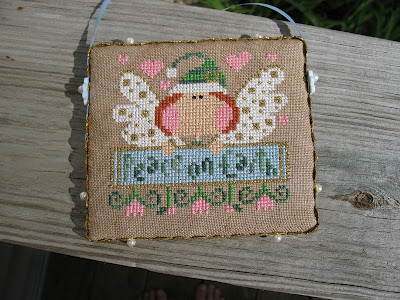 It's a cloudy morning following a very rainy day. Not sure when the sun will re-emerge, so going to have to go with this photo for now... Finished up an ornament I started about a year ago when Margaret gifted me with her used chart when she visited for Celebration of Needlework in 2011... I finally dug out the right beads for it earlier this week, and was able to get this finish done last night... I just love this one. 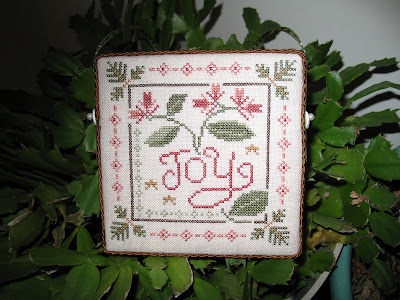